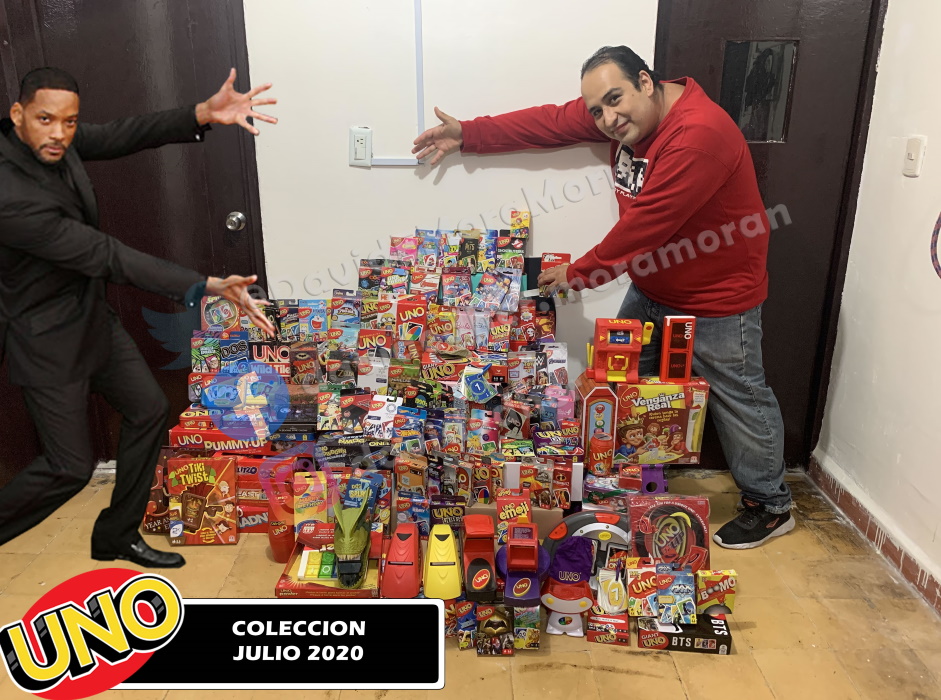 David Mora from Mexico is seeking to set the world record for the largest Uno collection. How big? As of the latest update, he currently has 165 Uno games! We connected to share his Uno collector story. Read below for more about how he got started collecting Uno games and how close he is to obtaining the world record for largest Uno game collection. If you collect Uno games (even if you can't compete for the world record), contact us and share your story. We'd love to hear about and potentially feature you in an article.

What started your desire to collect UNO cards?

My first UNO set was Teenage Mutant Ninja Turtles, given to me by my mother and sister-in-law. I'm a huge TMNT fan. That was the only deck I had for a long time, but then I found three different decks (Batman v. Superman Uno, Incredibles 2 Uno and UNOcorns) in a toy store, at a very reasonable price, effectively three for the price of one. What I enjoyed the most about them was the art on the cards. I thought that collecting Uno card games would be a unique and cheap hobby (spoiler alert: I was wrong about Uno collecting being "cheap"). Now, I've purchased UNO decks from Germany, England, USA, Portugal, Brazil and China.


Have you always loved playing Uno or is that a new love?

I played UNO ocasionally ever since I was a child and had a lot of fun. It was a fast game that pretty much anyone likes to play in family meetings. But my real love came around two years ago when I started to get really passionate about collecting and hunting for different decks, as well as knowing more about the game.

I think this is a very special collection because of how rare it is. You can find lots of fans and collectors of several things, such as Star Wars or Hot Wheels, but it's rare to find someone who is a "fan" of UNO and shows it through a collection. That makes me feel that I collect something really special and unique.

Hunting for the World Record for Largest UNO Collection 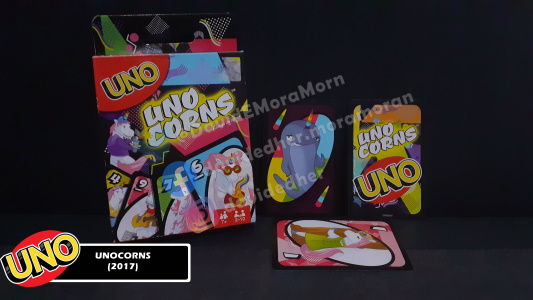 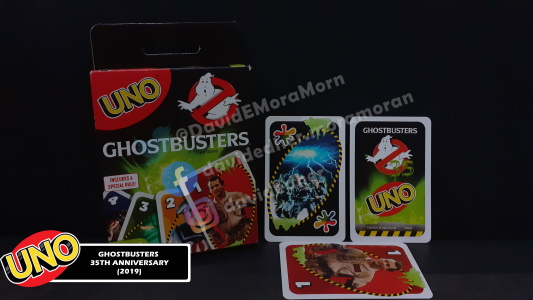 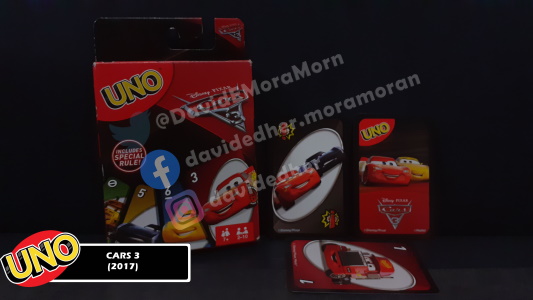 When did you decide to try to establish a world record for Uno collecting?

Most people own some three or five decks, and they don't really take good care of them. This made me curious about if there was anyone out there collecting UNO decks, just as I was starting to do so. I looked online and on the Guinness World Records and I found nothing. It was on the latter that I found someone that has a world record for owning the most traffic cones, with a total of 98. I thought that was a very small number, since at that time, I had around 88 UNO decks, and there were some more coming.

Because of that, I decided to apply for a Guinness World Record, even though my collection was kind of small by even my own standards, and since, as of today, there's no world record for owning the most UNO decks.


What happened with your world record application?

Months went by and I finally got an answer: My application was denied because there was someone else with a record for the largest collection of playing cards, it belongs to Liu Fuchang (from China), with 11,087 different sets of playing cards, as of 1 November 2007.

Of course, that didn't seem like the same thing to me, so I replied that I was trying to set a world record specifically for the largest collection of UNO card game decks. Exclusively UNO card games and no other kinds of playing cards. They replied that in order to be taken into account for such a record, I needed to own at least a thousand UNO decks. They invited me to apply for the UNO collecting world record again when I had reached such a number.


What is your next step? Are you giving up on the UNO collecting world record?

That hasn't brought me down. Thanks to your website, which has the most complete list of UNO games online, I realize now there are over 420 different UNO decks. That's not even close to the 1,000 UNO games that Guiness is asking for. I recently posted a picture of my whole UNO collection on social media [featured at the top of this page], and I am asking my friends to share it and tag Mattel, Guinness Records and the Uno official account, to get the word out and try to get them to make an exception or, at least, get some kind of recognition from Mattel and UNO as their biggest collector. Of course, there's a chance we could find some more UNO collectors that I'd love to meet and perhaps boost me up to grow my collection and to trade UNO decks with.


How can people find you to connect with you and help you achieve your goal?

Find me on social media at:


[Editorial note: If you are an UNO collector, we'd also love to hear from you. Contact us and share your story!] 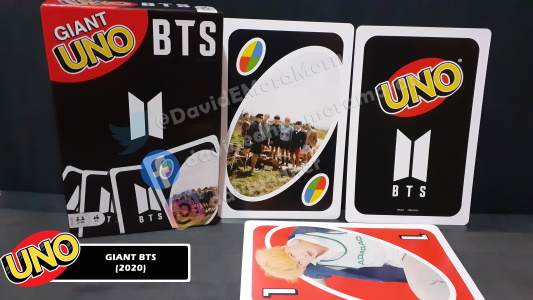 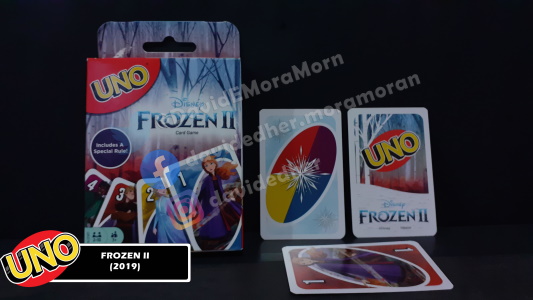 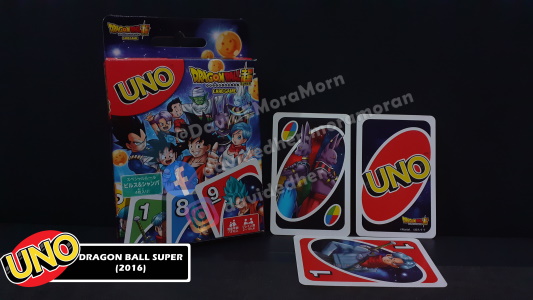 Stacking is a very controversial topic in the UNO community right now. When you play Uno, what are your house rules?

#NoStacking is certainly a rule for me. In fact, we don't play with any special rules or gameplay variations. We like to play by the official UNO rules. Otherwise, the special rules from the themed decks wouldn't work. I think it's more fun to be surprised by each deck's own rules.


Do you have a group of fans to play and enjoy Uno with in Mexico?

Well, the main people I play with are my wife Ruth, my brother Luis, and my sister-in-law, Rocio. I even got some personalized playmats that I had made, to play with friends and family. Lots of other people play UNO in malls, in downtown, and in some comic book stores. But there isn't really a group of fans that meet up to play, such as those in which you can plan Magic The Gathering or Yu-Gi-Oh. Though, I'd like to anticipate, exclusively for Uno Variations, that I'm planning to make a UNO playing group in Mexico City, and perhaps that can be a way to support the movement to get the world record. Unfortunately, all that has been put on hold due to the Covid-19 pandemic.


What is your favorite UNO deck in your collection?

That's a tough question. If I had to choose one, it would be UNO Flip (2019). It's one of the newest decks that has numbers on both sides of the card. This is the one I play the most with friends and family, and it's the most worn out. Though I got another new deck of Uno Flip that I don't play with and keep just for my collection. I think the art is really pretty and the rule to flip from the "light side" to the "dark side" gives the game some added excitement. You never know where the game is gonna go. Besides, it's got something worse than the fearsome +4; it's got +5... 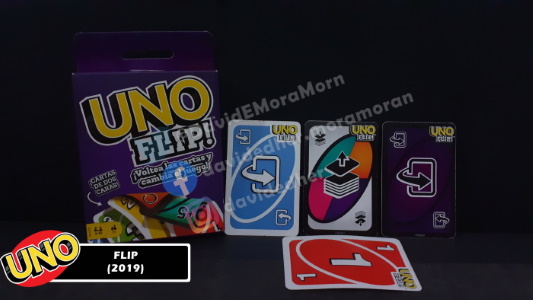 What is your favorite Uno spinoff game?

My favorite is UNO Flip with UNO Guy! This is such a fun game with the catapult dynamic. The rules are quite similar to the regular UNO but it brings a lot of excitement and laughs by challenging your friends to shoot and try to get the right target. Besides, everyone loves the UNO Guy. 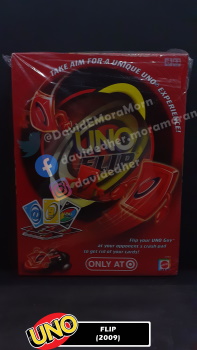 Which UNO games have your favorite artwork on them?

My favorite art on UNO decks is on Lion King UNO, Mario Kart UNO, Pixar's Coco UNO and The Legend of Zelda UNO. 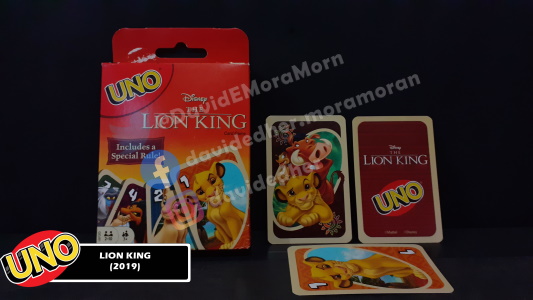 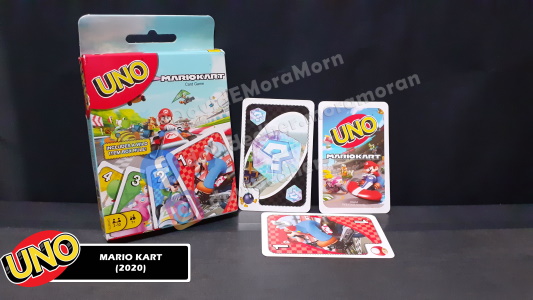 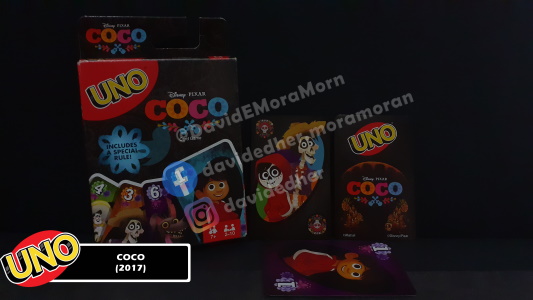 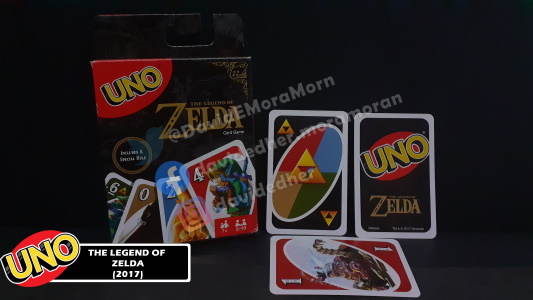 That definitely has to be UNO Wild Tiles. Pretty much none of the other decks has been hard to acquire, just negotiate, pay and pick them up. It's a bit more complicated to find them on online stores at a good price. But I found this one on Facebook, the seller was from the state of Puebla, nearly 100 miles from where I live. At first, the price was really high, but I kept in touch with the guy, in case I got the money. Last year I had to go to Puebla for family business and I got in touch with the guy, he agreed to sell it at a third of the original price and even delivered it at the lobby of the hotel I was staying-at midnight! It wasn't exactly mint condition, but pretty good. 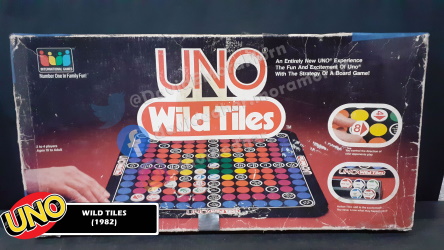 How about the most expensive UNO game in your UNO collection?

I started out only buying UNO decks under $2, but I've increased the budget and bought some games for over $20. The most expensive UNO deck I got is Mickey Mouse & Friends Uno. It was a gift from my sister-in-law, and it was 30 dollars even though it is relatively new (2017).

Is your ultimate goal to collect all types of Uno cards and games or will you stop at some point?

Of course! I don't think I'll stop. My main hobby is video games, and I haven't stopped since I was three years old. Now I've found in UNO a new hobby that I really like and I can share with friends, family, my wife and, especially, my newborn child. I'm sure, somehow, I'll get recognized as the greatest UNO collector someday.

I'd like to thank so many people that have helped in many ways to build up my collection, either by giving away some decks, spotting them in stores or online, helping with the pictures and the posts, or even by bearing with me texting them the pictures of every new deck I get:


A special thanks to David Mora for being willing to share his collection and love of UNO games with all of us.