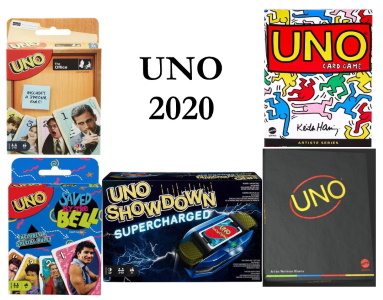 Mattel releases and rereleases about 10 new UNO games and spinoffs each year. These include a number of new UNO theme packs and a few new UNO spinoff games. 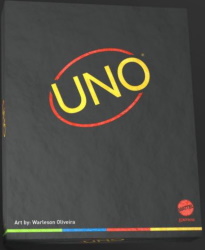 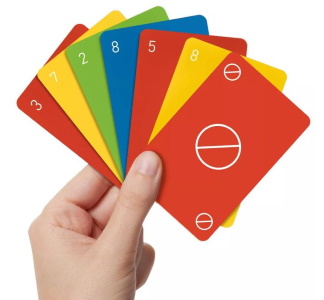 Uno Minimalista was announced on February 24, 2020 after intense fan demand for the game over the preceding months since a fan designed it. Read more about the history of Uno Minimalista here. 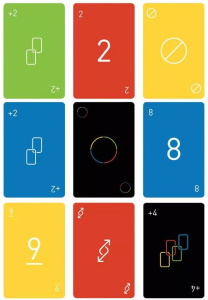 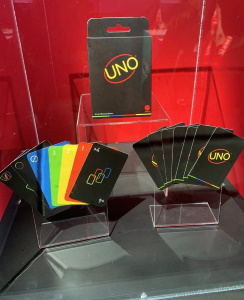 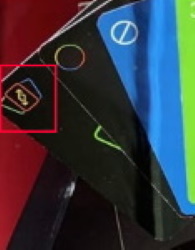 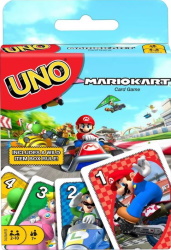 Mario Kart Uno is a deck of new Uno cards that was released in July 2020. It features the racers of Mario Kart, a popular racing video game franchise developed by Nintendo. 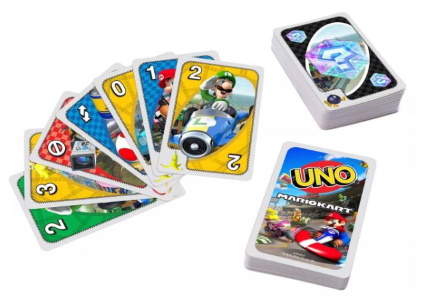 Mario Kart Uno contains the unique Wild Item Box card and rule. The player who plays this card flips over the top card of the deck and uses the Mario Kart item featured on that card (bomb, banana peel, lightning, mushroom, or green turtle shell). Each of these items has different effects on gameplay. 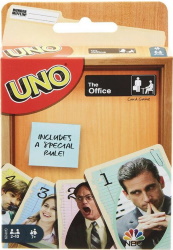 The Office Uno is a deck of new Uno cards that is scheduled to be released in July 2020. It features the cast of the U.S. version of The Office, a popular mockumentary-style TV series that ran on NBC from March 24, 2005 to May 16, 2013. 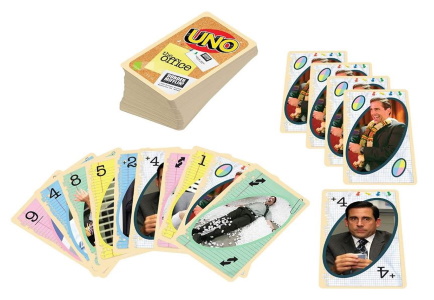 The Office Uno contains the unique Kevin's Famous Chili Uno wild card rule. Similar to Kevin spilling all of his famous chili in The Office episode, Casual Friday, playing this special wild card involves dropping all of the cards that you worked so hard to prepare.


Saved by the Bell Uno Cards 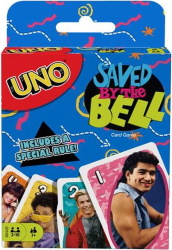 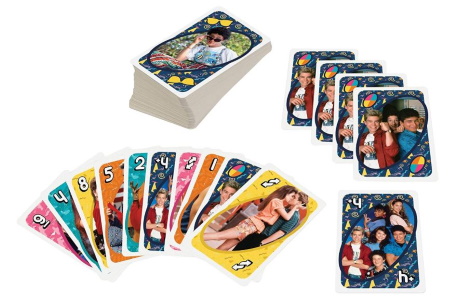 Saved by the Bell Uno contains the unique Rad Style Uno wild card rule. When played, it makes other players draw cards if they're wearing the wrong color. 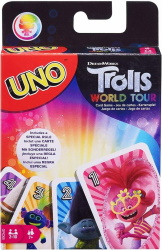 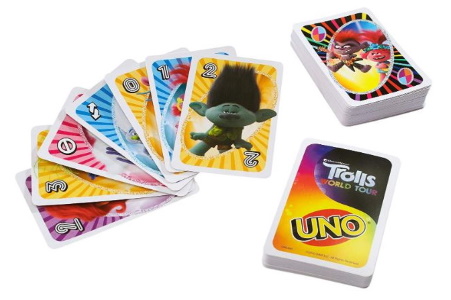 Trolls World Tour Uno contains the unique Tiny Diamond's Mix Tape Uno wild card rule. When played, the next player must draw a card at random from each other player's hand. 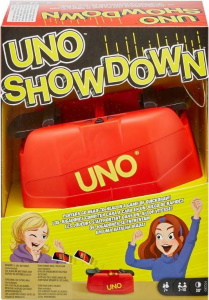 Uno Showdown is a new Uno spinoff game that was released in July 2020. 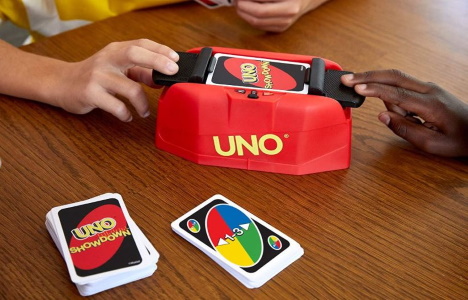 Uno Showdown plays like a normal game of Uno, but with two differences. (1) Certain cards cause a showdown for one, two, or three cards; and (2) when you would play your last card, you have to win a final showdown to win the game. 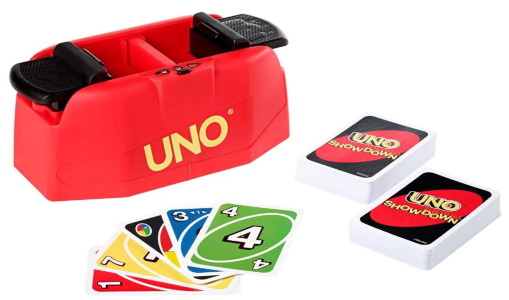 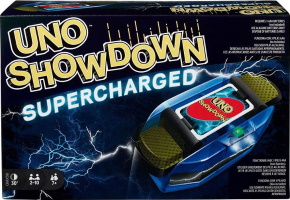 Uno Showdown Supercharged is a new Uno spinoff game that was released alongside Uno Showdown in July 2020. 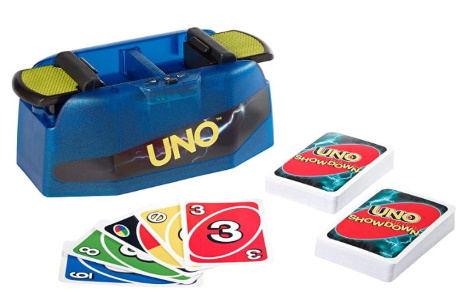 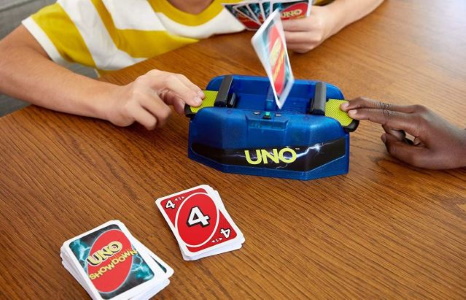 Uno Showdown Supercharged has a slightly more expensive MSRP than Uno Showdown to account for the added visual features.