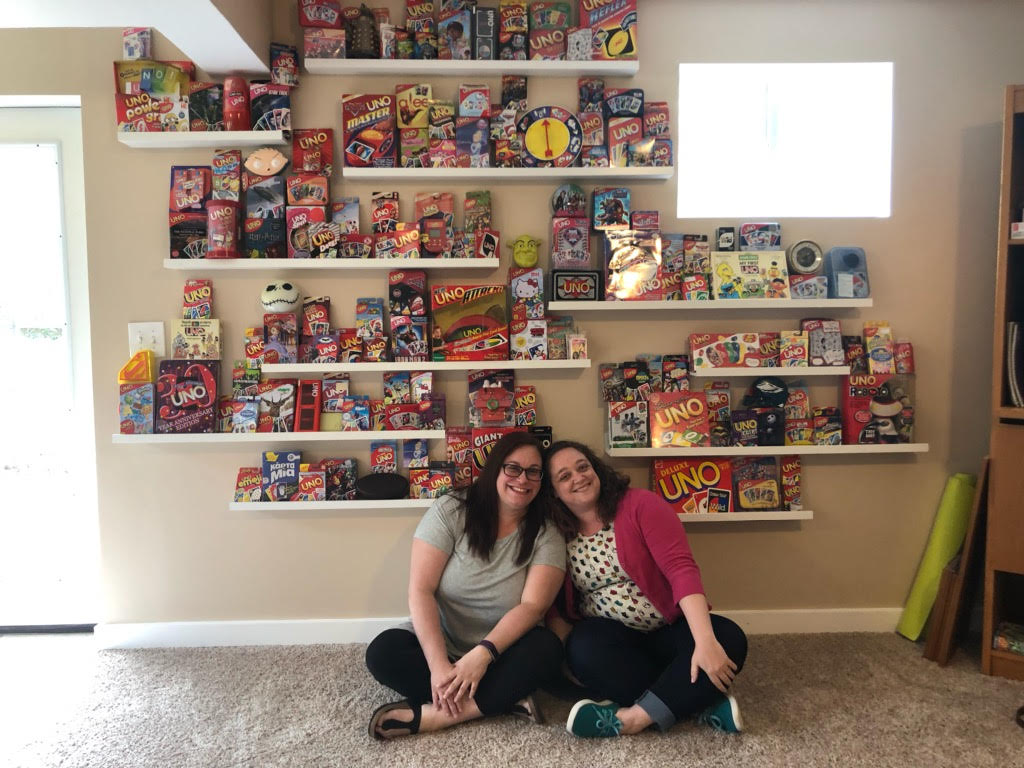 Andi Cohen and Becky Samuel from the Northeastern United States are cousins who have been building a shared collection of UNO cards for nearly 20 years. As of this writing, they currently have 215 unique Uno games! We connected with them to share their Uno collector story. Read below for more about their love for Uno games and how they created such an impressive joint collection of Uno games. If you collect Uno games, contact us and share your story. We'd love to hear about and potentially feature you in an article.

The Beginnings of A Massive Shared Uno Collection

We started collecting in 2003. Becky and I are cousins, about 5 years apart in age. When we were younger, our families used to go on camping trips together. One year there was a new addition to the family, and the parent of the new child asked us to babysit (we were about 18 and 23 at the time) and didn't want to pay us, so we took a Barbie UNO deck and started to play instead of helping. The original Barbie deck has a "friendship" special card that requires you to trade hands with the other player. When you’re playing with two people this basically means the game just doesn’t end.

After that, we hopped in the car, went to Walmart and found other branded decks, which we thought was really cool. We also bought a notebook so that we could keep a running score, which we still maintain today (Andi is winning).

Since then, we just started buying different decks when we saw them. It became a treasure hunt when we travel. We also have people from all over the world that send us decks. It’s just kind of our thing. And still a way to escape our families when we need it.


What is your goal for your Uno collection?

Our original goal was to get over 200 UNO decks. We’re there now, and haven’t set a new goal, but we’d ultimately love to have the biggest collection in the world, getting as much of it as possible new, organically (not online), and from ourselves, friends, and family.


[Editorial note: If you are also collecting UNO decks, check out our complete list of Uno decks and spinoffs]

We have 215 unique decks. That doesn’t include duplicates where one is opened and one is not opened. We also do not include fake UNO games in our count and the different boxes/variations on the original.

Playing with the Perfect Rules 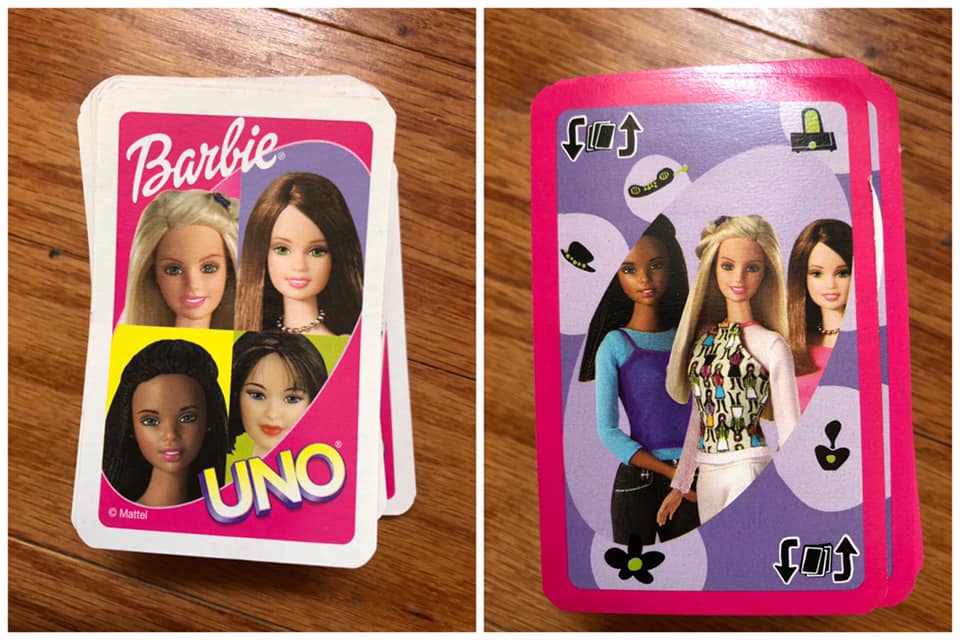 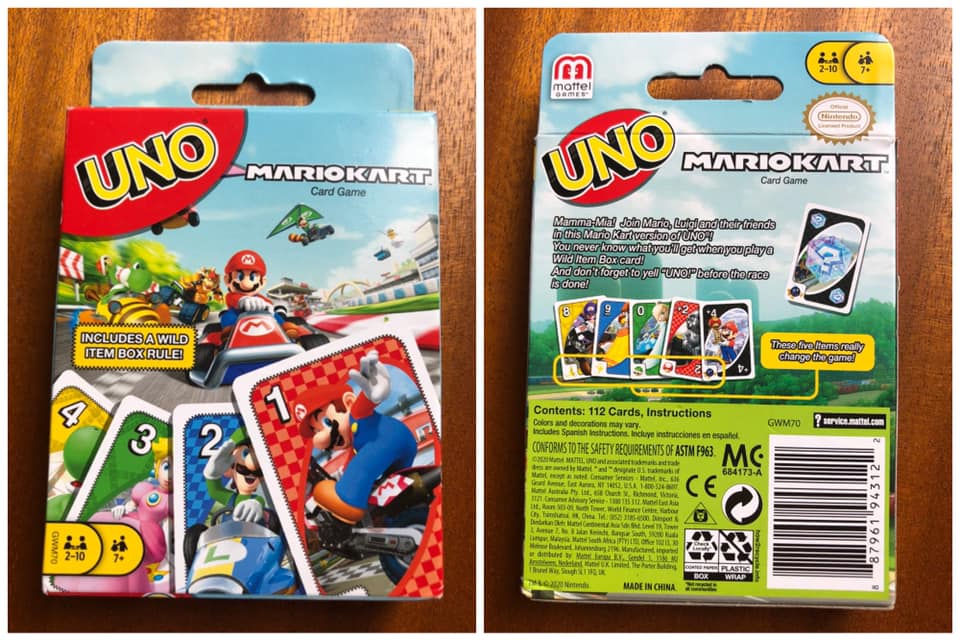 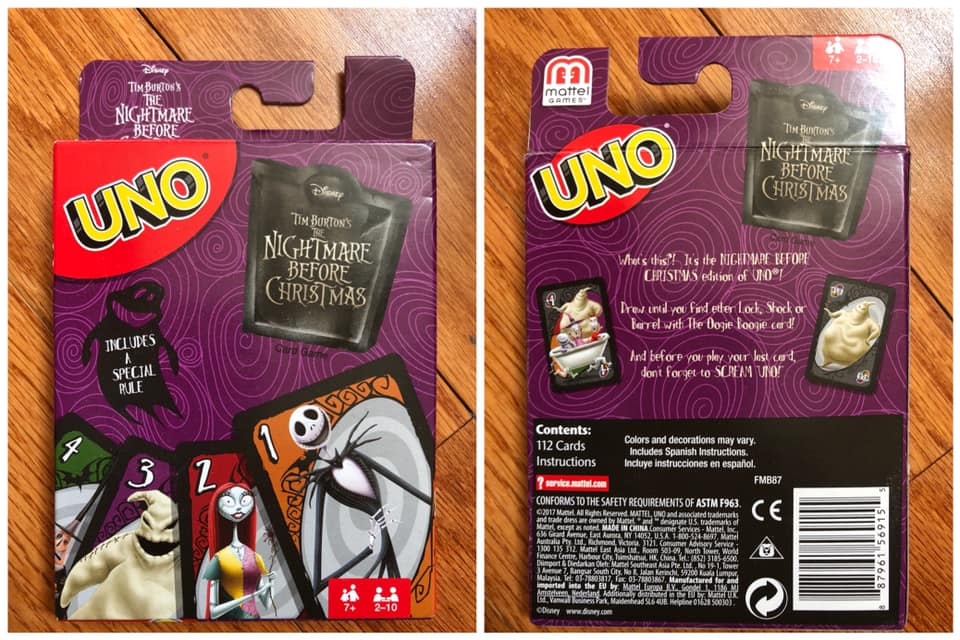 When you play Uno, what are your house rules?

Our House Rules are as follows: 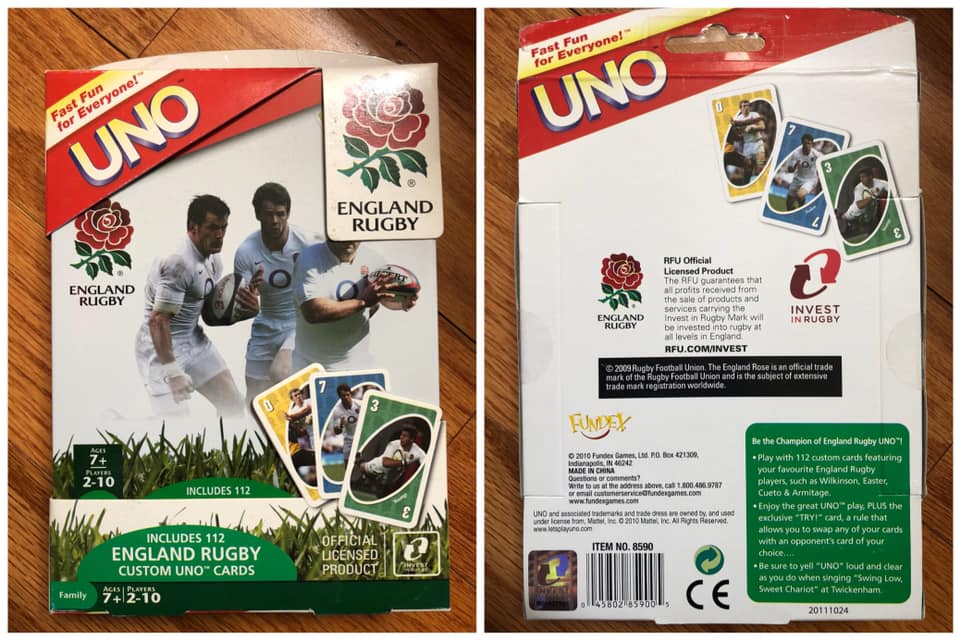 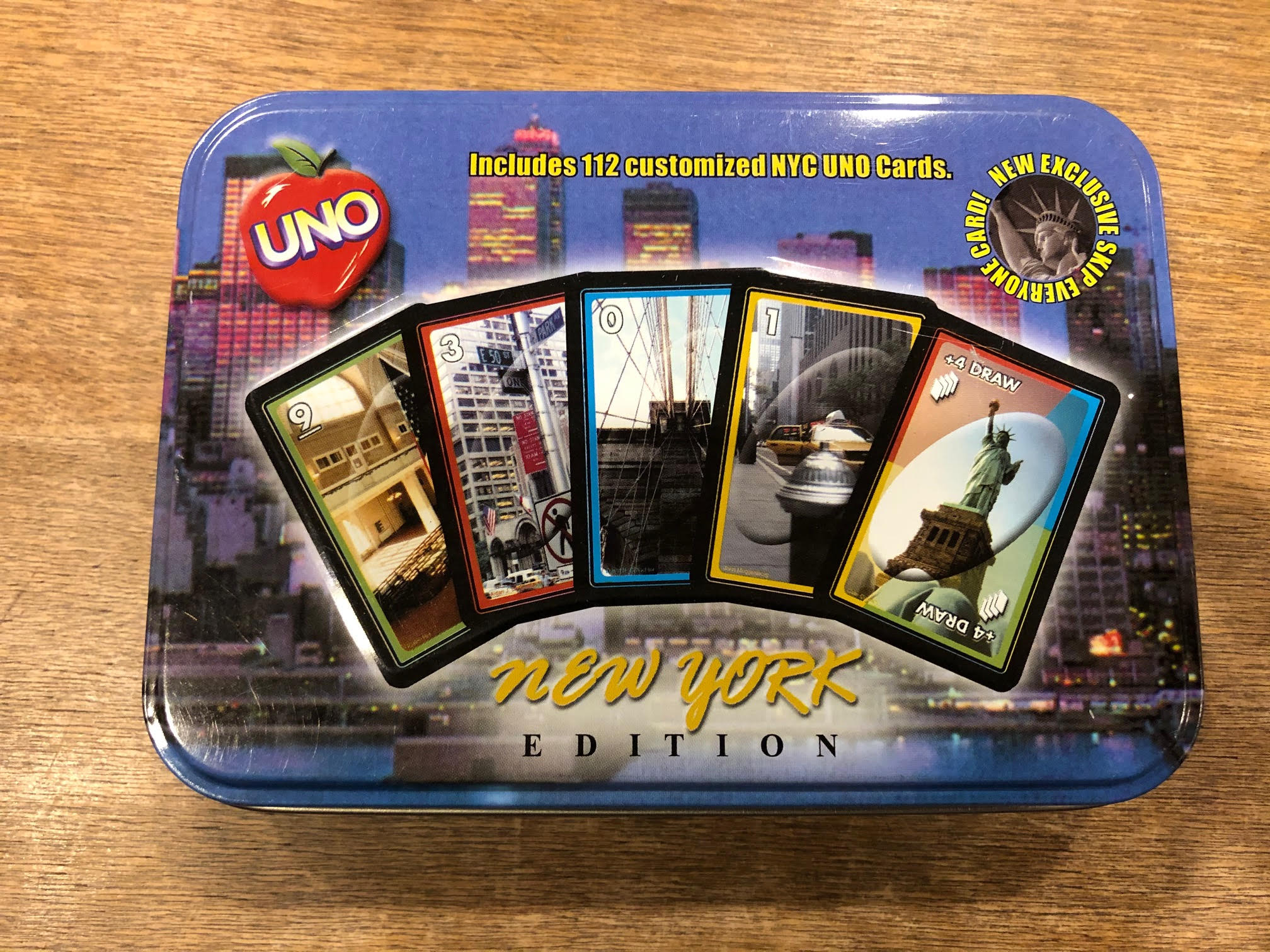 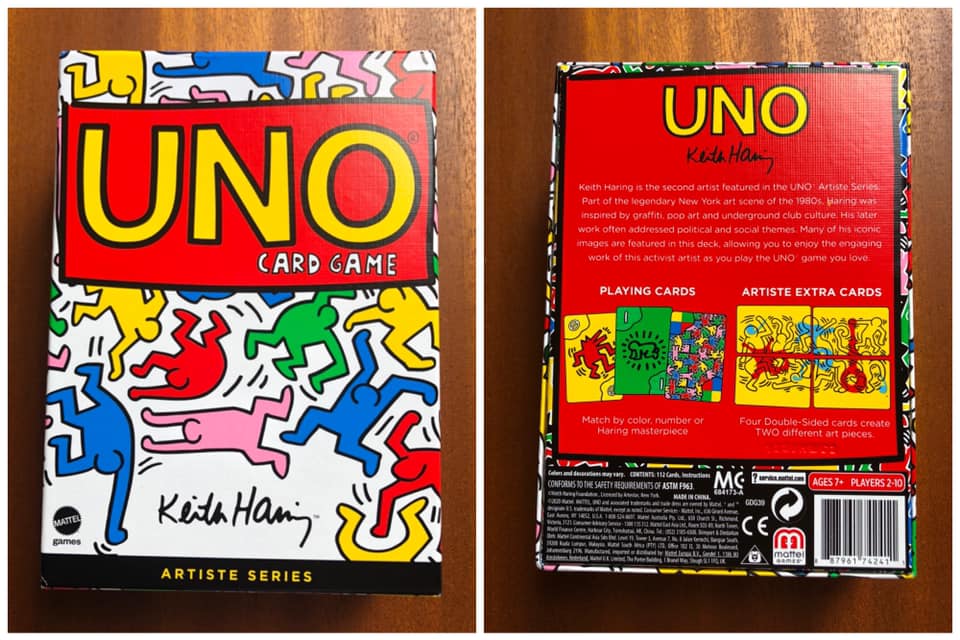 Becky doesn’t have a favorite, but she does have a love/hate relationship with the Barbie deck since it was the first one in the collection.

Andi’s favorite is the Disney Electronic UNO game since it makes a lot of noise and always goes off in Becky’s car when she brings it along. The Tinkerbell sound always happens, whether we like it or not.

We don’t look really for specific decks so this is tough to answer. The one that’s traveled the farthest is one of the decks from Japan. The one that was the hardest to get/ship was the Dalek Dr. Who Uno which is only available in England (which is why we’re never opening it!). We always look for the regional decks which can be hard to find (ie. The Philadelphia Eagles Uno deck, the New York Uno deck, the England Rugby Uno deck, the Boston deck, etc.)

Do you have a group of fans to play and enjoy Uno with near you?

We recently created a Facebook group of UNO Super Collectors. There are only a few of us so far, but we’re hoping that number grows. Sometimes we let our families in on the fun… sometimes.

[Editorial note: This group is amazing! I'm now a part of it and love to look through all of the UNO collections far beyond my own. If you are a UNO super fan or super collector, check it out!]

It also should be noted that we live about 250 miles apart, so we don’t always get to play together. When we do get together, we play for hours and it’s always special. This is probably the core of why this collection is so special to us. 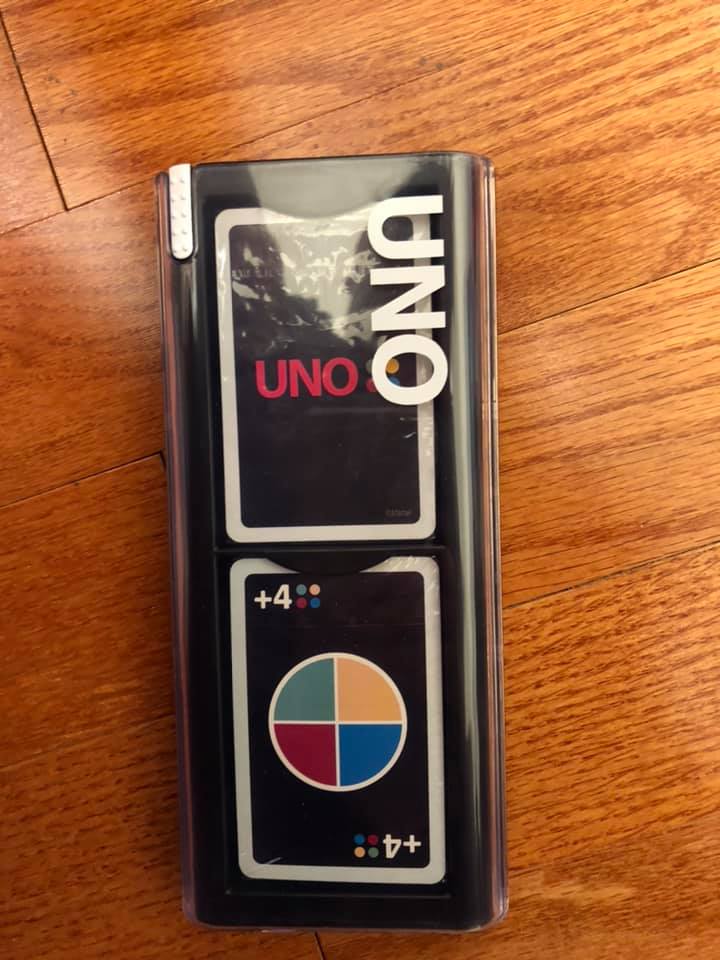 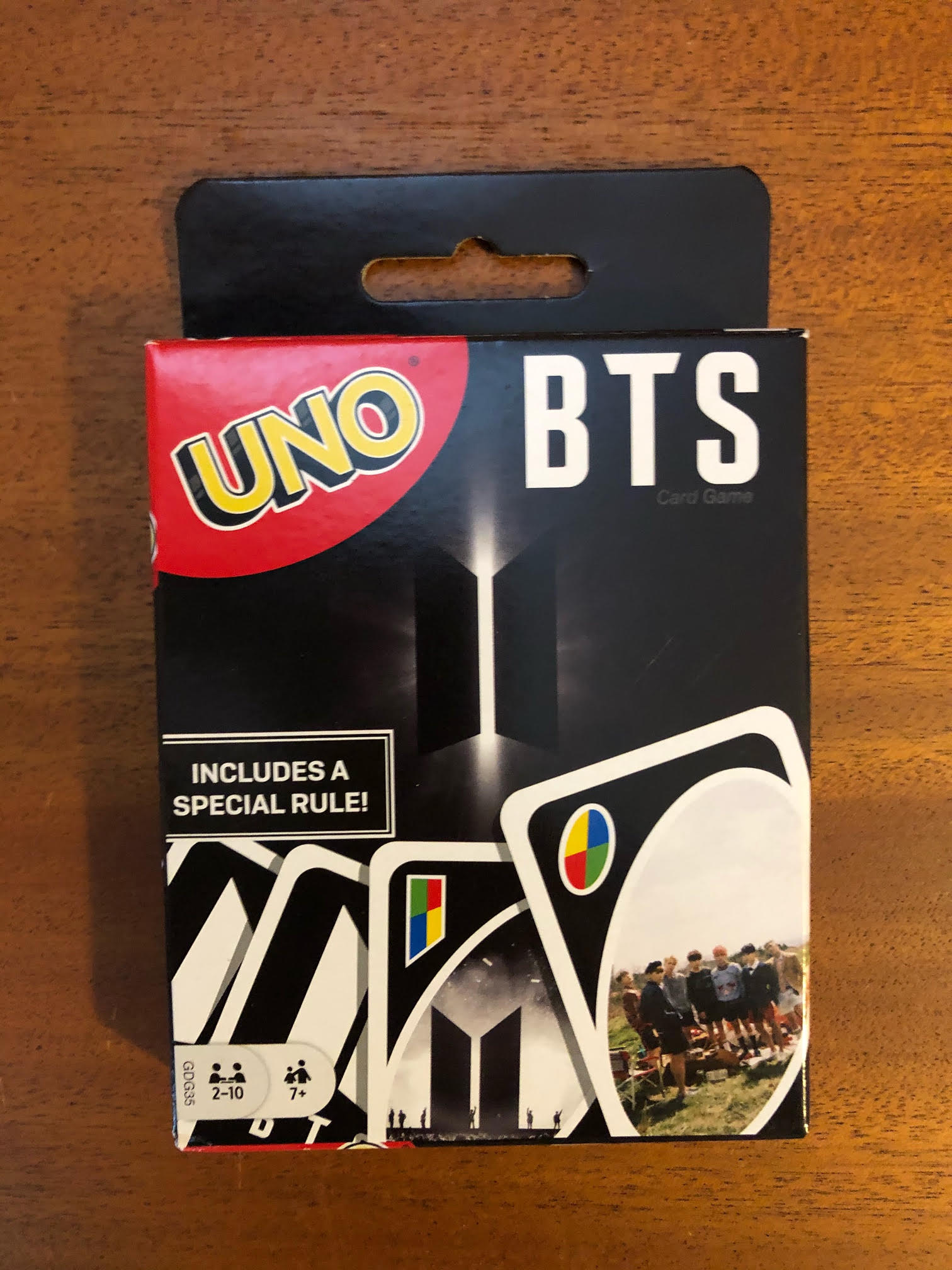 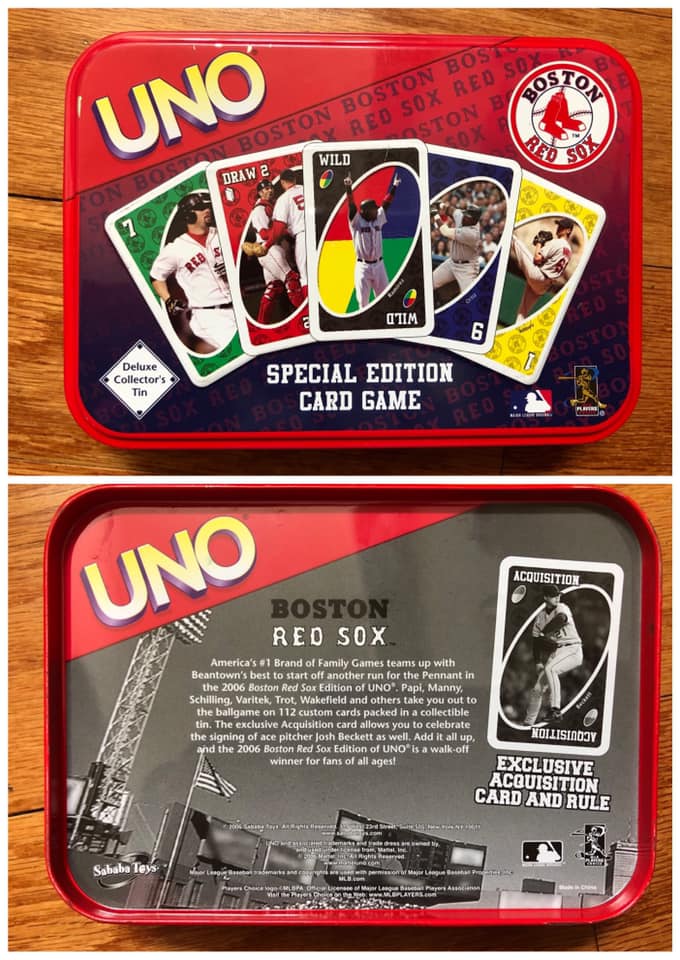 Anything else to add?

This collection has kind of united our families, friends, colleagues, etc in a way that neither of us could have anticipated. Everyone goes on little treasure hunts when they travel in the hopes of bringing an Uno game back that we don’t have yet.

When we started off playing, we were camping in a tent, changing out the batteries on a giant CD player / boombox and switching out CDs every time we wanted a music change. We snacked on Fruit by the Foot, s’mores, and piles and piles and piles of junk food. Now, we play in houses that we own and stream our music to the TV from Spotify. We cook whole meals… and still eat the junk food. Can’t wait to see where we are in another 20 years.

There’s for sure a history to it. Each of these UNO decks is a little cultural time capsule. For example, I can’t imagine that Doc McStuffins will be a prominent part of toddler culture 10 years from now and yet it's enshrined as Doc McStuffins Uno. And now that Saved by the Bell Uno came back 30 years later, you know that there’s something nostalgic and special happening during that time. 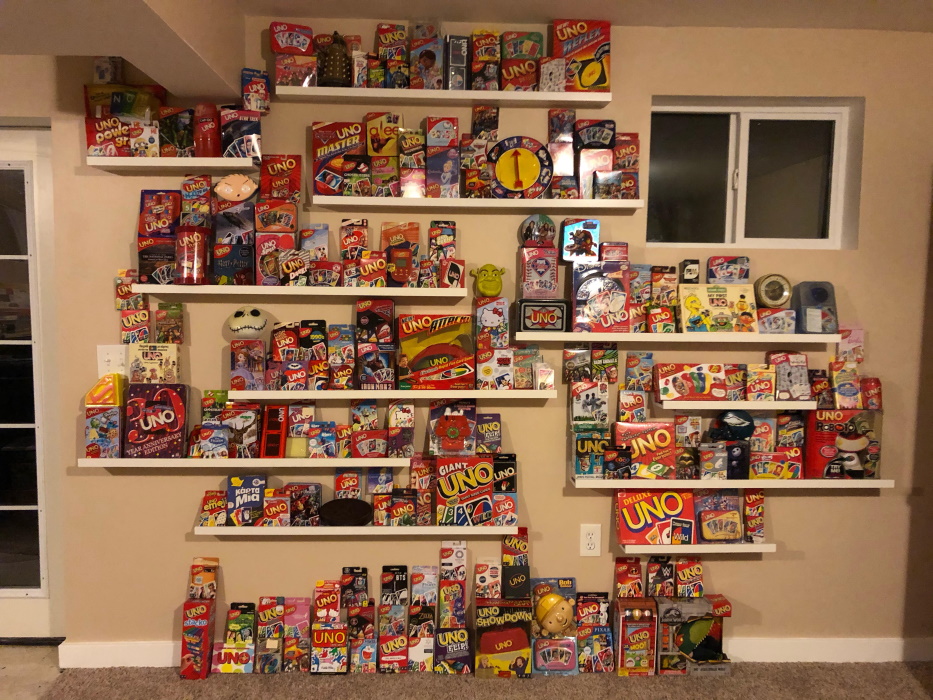 A special thanks to Andi and Becky for being willing to share their collection and love of UNO games with all of us!